Super Smash Bros. for 3DS: We Have Lift Off 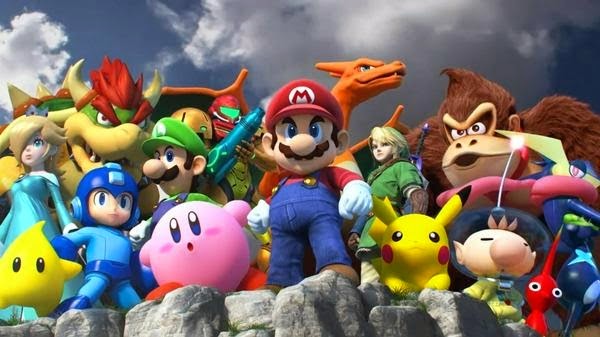 October 3rd is upon us and Super Smash Bros. for 3DS has officially launched in North America. You can grab the game in-store or directly from the Nintendo eShop right now! Well, maybe not right at this very moment -- the servers will probably be jam packed most of the night -- but you get the idea.

As a friendly heads up, you need to download a day one update from the eShop to enable online matchmaking. Update 1.0.2 is required for online play. It's a very small patch that contains the final server configurations for the North American game. Once you get through all that downloadin', you're all set.

I gotta say, after nearly four years of wading through cancelled projects and disappointing news, it'll be an absolute joy to finally savor something good. It may not be a new Mega Man game, but Smash Bros. is the first time in years Mega Man has been shown some decent treatment.

I don't want to set any expectations for myself, but Mega Man's representation could go a long way...
Posted by Protodude at 12:00 AM