Rockman Xover is Coming to an End 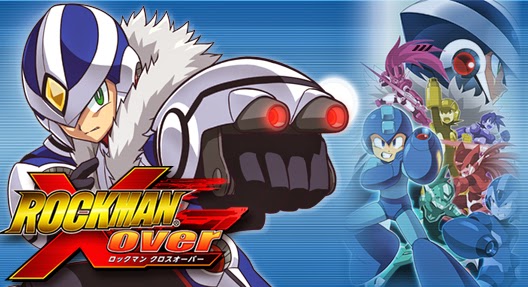 After nearly two years of service, social RPG Rockman Xover is shutting down. According to a hidden message posted to the game's servers (uncovered by Nigoli), Xover will officially cease operations on March 31st, 2015. This will seemingly affect both iOS and Android versions.

Prior to termination, Capcom also plans on shutting down the sale of "Crests", the game's form of currency, on December 25th, 2014. Refunds for unused Crest balance will be distributed between April 1st ~ September 30th, 2015.

It remains to be seen when Capcom will officially announce the game's termination, but be aware that it is coming. Right now we don't know why they're pulling the plug; it could be a matter of declining revenue, or things may have run their course. It's all speculation at this point.

We'll update you when we learn more. Thanks, Nigoli!
Posted by Protodude at 12:44 AM