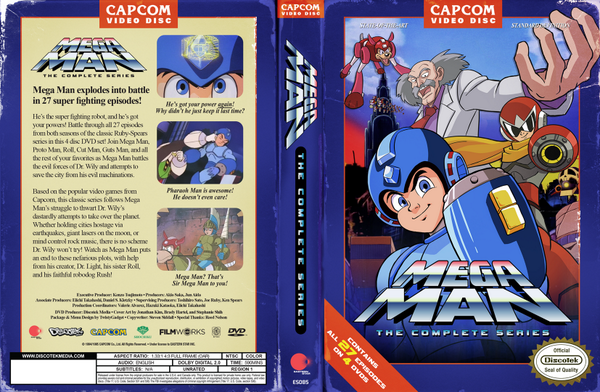 The 4-disc set comes in an exclusive NES-inspired slipcase complete with totally radical stuff on the back. The discs are designed to look like NES cartridges, and the menus are straight out of Mega Man 2. As for the episodes themselves, quality is on par with the previous ADV Films sets. They're encoded at NTSC 480i so you won't notice a significance difference. I'm sad to say there are no extras this time around.

If you don't already own the ADV collections, this set should be right up your alley. Hardcore collectors, too, probably. Those interested can pick it up for $44.95 from Amazon.
Posted by Protodude at 12:27 PM