So, How About Rockman Xover on Android? 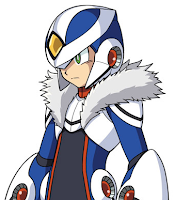 So yeah, Rockman Xover. It's a social RPG coming to iOS later this year. That's all well and good, but what about Android users? Will they get in on the social Blue Bomber action, too?

"I'm not aware of it coming to any other OSes at this time, however me not being aware of it doesn't mean it's not (I'm a bit out of the loop on the latest mobile happenings)," replied Christan Svensson when asked about the possibility of an Android version.

"We've not yet provided any major details of this game's Western release plan yet (other than the fact it's coming Westward) and I'd imagine at some point we'll be able to provide more visibility when we've got all of the necessary information."

Rockman Xover is expected to make its first public appearance at the Tokyo Game Show coming up next week. Stay tuned for the inevitable information overload!