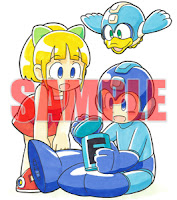 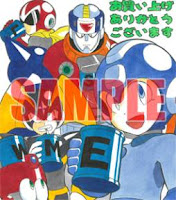 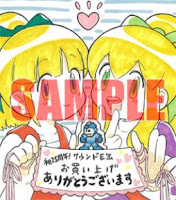 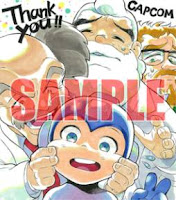 The above art is part of a special promotion for the Rockcan soundtrack set, which is due for release on September 19th. Apparently, if you preorder the collection directly from e-Capcom, you'll be entered in a raffle to win one of the four exclusives illustrations drawn (and autographed) by members of the Capcom design team.

Problem is you can't preorder the set from e-Capcom if you live outside Japan. No exclusive art for you, in other words. Maybe if you're real lucky you'll find them up on the auction block later. Who knows.