There's Something Familiar About 'Bravest Warriors'

Eyebrows have been raised at Bravest Warriors, a brand new action show from Adventure Time creator Pendleton Ward. Not necessarily because it's looks neat (it does), but because lead protagonist Chris bears a design strikingly similar to Mega Man... and then some. 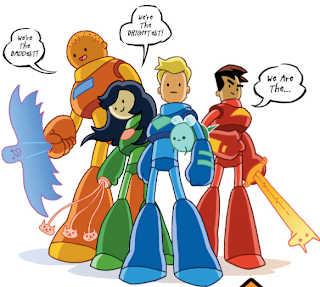 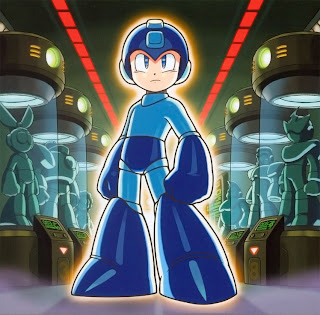 ....interesting.
Whether this constitutes coincidence or playful referencing is perhaps within the eye of the beholder. However, one thing is absolutely certain: Pendleton Ward and character designer Natasha Allegri are self professed gaming fanatics. Adventure Time itself is rife with retro game parodies and general silliness, so there's little doubt Bravest Warriors won't follow suit.

In any case, Bravest Warriors seems like a promising concept, with hopefully more Mega Man-ish nods to come. Additional concept artwork and series info available at io9.
Posted by Protodude at 9:49 AM