In response to recent leaks, Capcom-Unity has gone and announced a history making partnership with Protodude's Rockman Corner and The Mega Man Network; officially declaring the two sites as the one-stop shop for the latest Mega Man leaks and rumors. 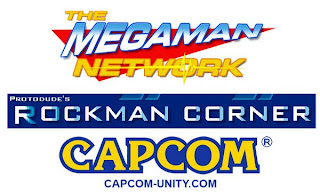 Capcom Unity has appointed the Mega Man Network as the main distributor of Mega Man leaks.

“We were tired of trying to extinguish multiple fires going on at the same time,” says jgonzo of Capcom Unity, “the recent Mega Man 9 Roll DLC leak kind of tipped us over the edge, so we had to do something.”

As part of the exclusive partnership, the Mega Man Network will be receiving weekly Famitsu issues directly from the printing factory in Japan, along with a handy usb thumbdrive full of complete digital scans for uploading.

Additionally, the newly developed Capcom Unity Ministry of Localized Enforcement Synergy will provide TMMN with ambassadors from within Capcom that will distribute information to TMMN’s bloggers. Rest assured, these ambassadors have undergone strict training that will allow them to share the best leaks that will provide for maximum blog coverage.

“Some of our leaks weren’t getting enough attention, so we designed this program specifically to address that,” says jgonzo, “Like when the Mega Man 9 secret was leaked—nobody was blogging about it. We’re going to rectify that immediately.”

Finally, Capcom Unity has appointed Protodude’s Rockman Corner as THE place to go to for all Mega Man Legends 3 rumors, because “that in its own deserves an entire website”.

"We hope to grow this program in the future to include the managing of ALL of our franchises' leaks, but we'll see how this pilot program goes," says jgonzo.

Posted by Protodude at 4:27 PM