A Mega Man game getting cancelled? It's a tale as old as time, friends. No less than a week after footage dropped, we've come to learn that Rockman XZ: Time Rift -- the mobile ARPG from licensed-Capcom developer NebulaJoy -- is no more.

Speaking to Rockman Corner under anonymity, a source said that NebulaJoy chose to pull the plug on Rockman XZ in August due to Devil May Cry: Pillar of Combat under-performing. Although Pillar of Combat proved to be popular in its native country at launch, the title failed to generate adequate revenue. In response, NebulaJoy shut down a number of licensed, in-production mobile projects. Time Rift included.

Worse yet, our source says that NebulaJoy cut a number of jobs in August. The individual who posted the Time Rift footage and produced those unusual Mega Man X DiVE ads was among them. At this time, the layoffs have not affected NebulaJoy's Mega Man X DiVE Global Version.

We've reached out to NebulaJoy for comment. Although nothing has been officially announced, the outlook here isn't looking too hot.

To compensate for this unfortunate bit of news, our source provided us with two exclusive screenshots from the game. These hail from a late development build. Note the more refined designs of X and Zero compared to the "leaked trailer". 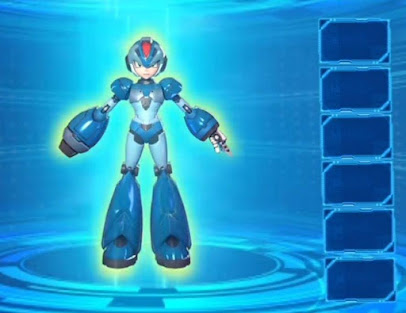 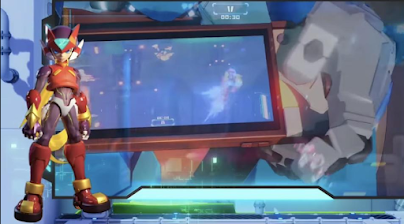 If you turn the second screenshot upside down, you can see X playing Rockman XZ: Time Rift on a phone. The refined Zero model is just *chef's kiss* nice.

There's a small chance we may have a bit more to share on Time Rift. For now, relish in what almost was.