Behind iCO's Design: An Interview with Yuri Kataiwa 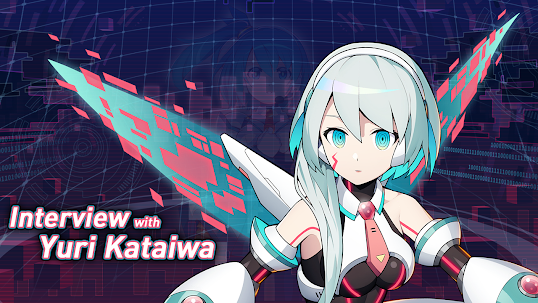 Following a lengthy interview with Keisuke Mizuno in 2019, we've been granted the opportunity to hear the thoughts of another Rockman X DiVE's character designer: Yuri Kataiwa.
Kataiwa was an illustrator for Mega Man Star Force 3 and one of the artist invited to the Capcom vs. Osamu Tezuka Characters exhibit. Her work also frequently guest starred on Rockman Unity's App wallpapers, and she's behind the fan-favorite "Rolls" piece.
Kataiwa was in charge of desinging iCO. And thanks to the official Rockman X DiVE Japanese Twitter account, we can read a short interview that covers the process. It's been translated by our friend Windii Gitlord. Check it out below! 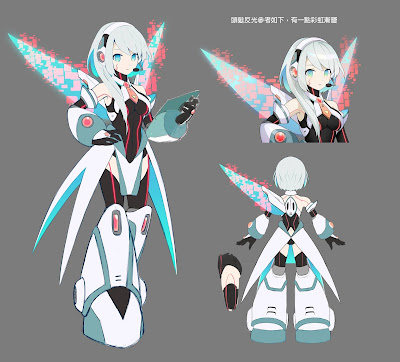 iCO is RiCO's counterpart. What were you conscious of when designing her?
I was conscious of making her look like the same person as RiCO. It was difficult to decide what to change and what to leave out, because it would make her look like someone completely unrelated.
It seems difficult to harmonize iCO's slim figure with the Rockman designs. What aspects did you pay attention to?
Silhouette-wise, I wanted to give her something like a dress-like long skirt, but that would have made the legs look too heavy, so I only left the skeleton (?) to give it a clean look.
In contrast to RiCO, iCO seems to be expressionless. How did you go about creating her expressions?
I didn't change the expression of the face from the base design, so I didn't have to worry about the facial features, but I made the pupils look flatter and the highlights less conspicuous.
She has a distinctive hair color (bright blue on the inside, etc). What did you have in mind?
I got word that she is less emotional and more indifferent than RiCO, so I tried to give her a faded look.
As with her hair, I wanted to express a vibe of being invaded from the inside, so I tried to bring out the color on the inner part. Also, I've seen a lot of women with inner color, so I decided to use it.
What would you like the users to look out for?
During the design process, we were chatting about how the "R" (ribbon) was removed from RiCO and she became iCO, so I hope you enjoy her slightly more mature vibe than RiCO. She also casually wears lipstick.
Posted by Reploid21XX at 12:13 PM