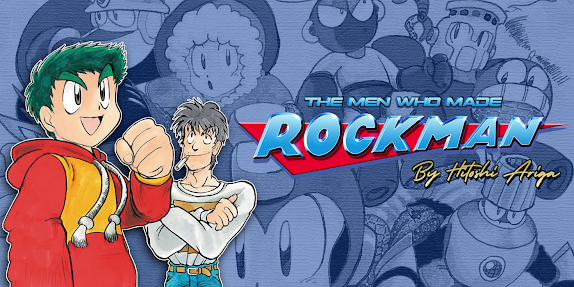 Originally published in Comic BomBom as a two-part manga in 1995, "The Men Who Made Rockman: Rockman Birth Legend" tells the story of how the first two Rockman games were made.
The manga was kept inside the pages of Comic BomBom for almost 15 years with no other way to read it but that changed when Wedge Holdings reprinted Rockman Megamix in 2009 with additional content where the story surfaced once more.
The first part of the manga covers the trials and tribulations of Akira Kitamura (Shinmei), Keiji Inafune (Kenji Izumi), Nobuyuki Matsushima (Honda) and Manami Matsumae (Momonai) developing the first game in the series. Highlights include Kitamura's first meeting trying to get the game development approved, the untold story of Robot Master Bond Man, and the team's advocacy for Rockman 2 despite Rockman 1's lukewarm reception.
Thanks to the efforts of Windii Gitlord and Speeps, we can read the first part of the manga in English! Part 2 isn't available yet, though. In the meantime, I recommend checking out the lengthy interview between Akira Kitamura and Hitoshi Ariga for more stories on the first two games' development. That piece was published in Rockman Maniax in 2011.
Enjoy!
Posted by Reploid21XX at 12:25 PM

Email ThisBlogThis!Share to TwitterShare to FacebookShare to Pinterest
Labels: Hitoshi Ariga, Manga, Reploid 21XX, The Men Who Made Rockman, Translation