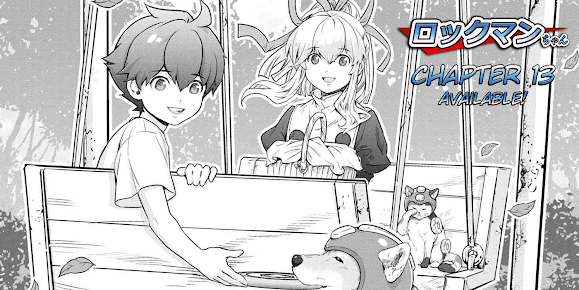 With five of the "Men's 6" henchman defeated and one destroyed by accident, only two remain to be toppled: "Kaiten Shiisuu Man" and "Plasma-TV Man".

In Rockman-chan's previous chapter, Rockman approached the next Men's 6 base to find the place plagued with robots designed by Gekiga, based on a Showa era motif. In true spirit Rockman-chan spirit, the chapter ended with no boss battle. Gekiga was too busy making the lesser robots in the base and forgot about it!

Now, in the latest chapter, Rockman faces "Kaiten Shiisuu Man" and heads towards the final confrontation against Dr. Wily!