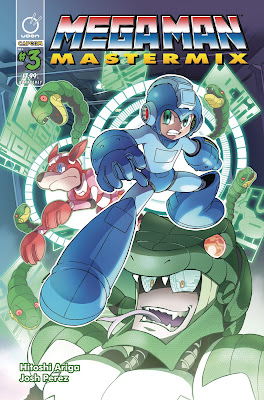 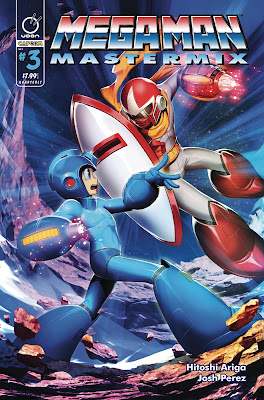 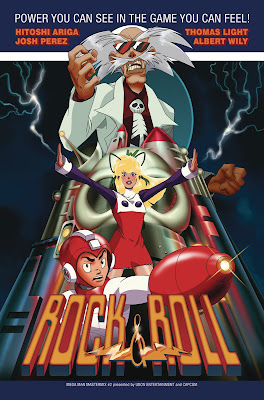 The second issue of Mega Man Mastermix isn't due out for another few days (Wednesday, April 25th) and already we have a sneak peek at issue #3's fantastic covers. There's only two covers this time round UPDATE: three covers! The standard cover by Hitoshi Ariga a variant by Genzoman, and another variant by Josh Perez (the design is inspired by Rock & Rule).

"The Blue Bomber returns to comics through the classic stories of Japanese artist Hitoshi Ariga -- available for the first time in color!

Rock, Doctor Light and a reformed Doctor Wily travel into space to investigate an asteroid of alien origin! Along the journey, they find themselves attacked by not only eight new Robot Masters, but the mysterious Break Man as well! It's an adventure of all-out automaton action in outer space!"