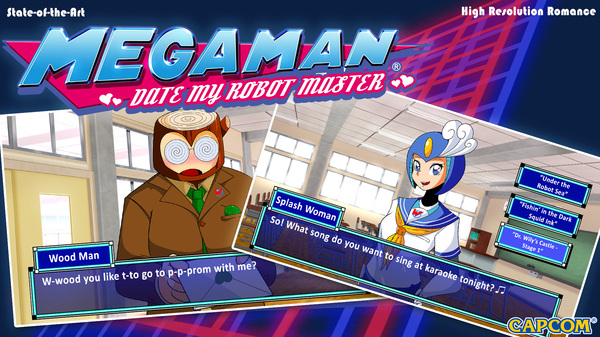 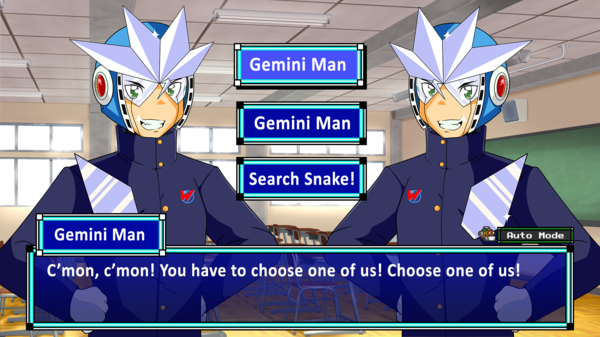 "It is the year 20XX. The world breathes a collective sigh of relief now that Mega Man has once again put an end to Dr. Wily’s plans for world domination. But then... a mysterious new transfer robot joins the ranks of Robot University!

Learn to navigate robot society and get to know eight different Robot Masters from classic Mega Man adventures in this unique visual novel set in the Mega Man universe! Placed in the metal shoes of a new student assembled by Dr. Light himself, it’s up to you to learn about the secrets of the university, and maybe, if you’re lucky, find love along the way."


Date My Robot Master is headed to all major consoles on April 1st, 20XX. Head to Capcom Unity for more screenshots and details!