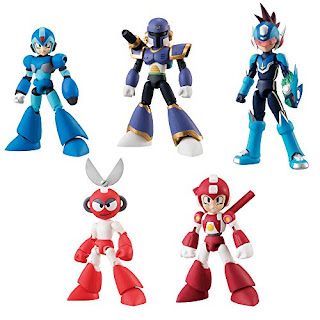 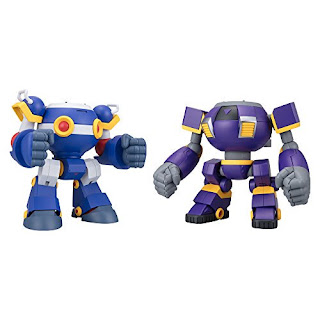 Amazon Japan accidentally tossed up a pre-order page for Bandai's new 66 Action Mega Man figures. It's since been removed but the listing did confirm a September release. The new figures will be available in two SKUs: a box of ten figures for 5,940 yen ($54) and a Ride Armor 2-pack for 6,480 yen ($60). As a reminder, these are big boxes of individual blind box figures, which will be sold at a *much* lower price at retail. The Ride Armors are sold in a 2-pack only. [UPDATE: Amazon's page is live with images of each figures' accessories. You can find the Ride Armor listing here.]

Pre-orders should go live soon. Thanks to Reploid21XX for the heads up!
Posted by Protodude at 9:09 AM