The Red Ash Anime is Alive, Emerges With New Name 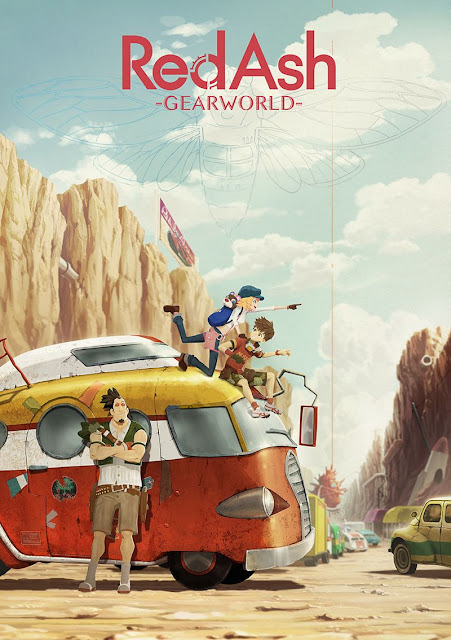 Coming from the Association of Japan Animation and translated by TMMN, here's our first detailed plot synopsis:

"In a future society where nanomachines have become incorporated into genes, the "Nano race" who possess special abilities are oppressed and discriminated against by the "Pure race" of normal humans. Among the Nano race is the young lad named Beck, a hunter of legend who possesses the special ability of "Red Ash" transformation. In order to pay for the costly operation that would allow him to become a member of the Pure race, Beck and his mechanic companion, a large but timid fellow named Tyger, have taken on dangerous work zipping to the old world in their Parallel Machine.  Then one day, they suddenly cross paths with a young lady named Call who is being chased by Safari and Stripe, a mysterious pair of crooks. Thrust into a mixed-up situation, together they zoom off to Gearworld, but are pursued relentlessly by the shady duo and their leader Deny, who ultimately commence an attack on Beck and his companions...!"


In Red Ash's world, humanity has been divided into two species: purebred humans like you and me and those with nanomachine-induced genetics. The latter gets all the cool stuff like special powers. As a trade-off, however, we treat them like crap. Head to TMMN for more details and speculation.

It's good to see the anime moving forward, slow but steady. We're still very much in the dark when it comes to the game, though. I've got no news on that front.
Posted by Protodude at 12:10 AM