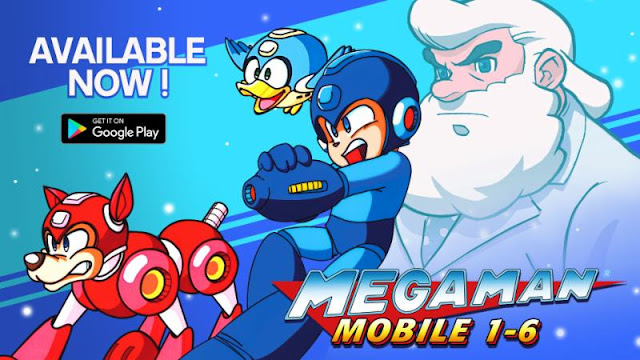 All six classic NES Mega Man games are now available on Android and iOS. They'll set you back $1.99 a piece. Hit the jump below for download links!


I would like to note that, yes, the framerate runs slower than what you're accustom to. This was a deliberate choice, according to Capcom: "each game has been optimized for the mobile devices with adjustments to game speed."

You CAN adjust each game's speed... but not by much. Simply go to the Options menu (top left) and switch speed from Normal to High.

UPDATE: My suspicion that these are ports of the 2007 mobile ports has been validated:

Playing as Roll was the 2007 Rockman mobile port's most interesting feature and only original content. It's sadly absent from #MegaManMobile pic.twitter.com/oEmLert4l6
— Number 20 (@Kobun20) January 5, 2017


Roll's MM1 ending sprite is directly from the 2007 version:

Posted by Protodude at 7:48 PM