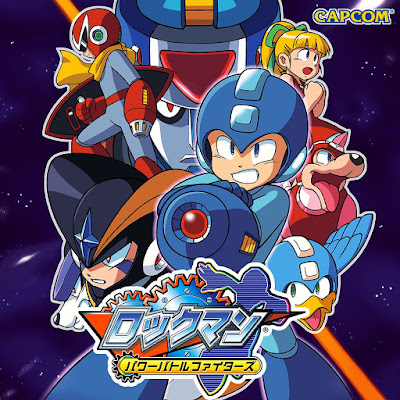 If you happen to have a Japanese PlayStation 3 account with access to a little bit of yen, you're in for a treat: Rockman: Power Battle Fighters is now available as a PS2 Classic!

Originally published in 2004 in Japan, Power Battle Fighters is a compilation of the two arcade games Rockman: The Power Battle and Rockman 2: The Power Fighters.  Exclusive to these PS2 ports, a new, but admittedly bare bones 1 on 1 versus mode.  Here players can fight each other as Rockman, Blues, Forte or Duo with all of their special weapons readily unlocked.  The ability to block and counter attack with a single button have been added for balance, too.