It Looks Like Servbots Are Coming to Capcom's Captive Palm 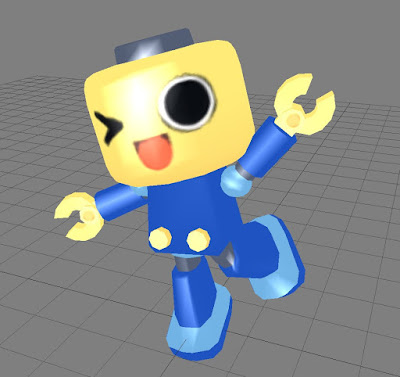 Mega Man Legends' Servbots are quietly making a comeback but not in the way you'd hope. As seen on Capcom character designer Chisato Mita's Twitter, Servbots are headed to the fourth episode of Captive Palm, an otome app about a hot inmate with amnesia. Mita has been prepping 3D Servbot assets since early October.

Servbots have cameoed in several non-Mega Man games for nearly 20 years (yes; Mega Man Legends is turning 20). So it should come as no surprise the tradition continues unabated. It remains to be seen how Servbots will fit into Captive Palm's realistic setting, though. Maybe they'll appear as action figures on someone's shelf?

Source: Mita Chisato (thanks, HF!)
Posted by Protodude at 8:01 PM