After what seems like forever, we have successfully ripped a playable dump of the Rockman X3 prototype/SAMPLE version. Good on our word, it's now available to be played, dissected and researched to your heart's content.


The file can be found by clicking on a certain green button on the right side of this blog. You know, the same button where all the other betas & protos are. It's right there.

Once you've downloaded and unzipped the file, you may want to input the following PAR codes. These allow you to access dummied-out stages and music:

With that out of the way, you're good to go. 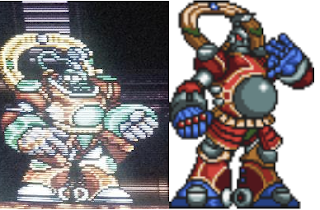 A little background on this for those just catching up: the build date for this prototype is August 23rd, 1995 - that's about four months before the game hit retail. The differences here are mostly graphical, i.e early stage backgrounds and early sprites. For example, pictured above is a comparison between Vile and Byte's prototype and retail sprites. Vile's prototype sprite is remarkably better than the final version; much more faithful to his official artwork! 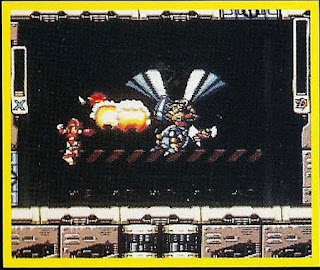 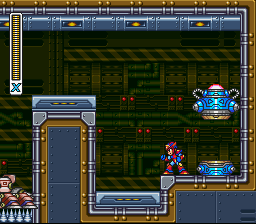 
There are other prototype elements, too. The unused ceiling boss gate in Blast Hornet's stage - previously seen on the back of X3's U.S box - is fully operational. Further, the white trim of X's armor changes color based on the enhancement chip you currently have equipped - a feature *entirely* missing from the final game!

There's plenty more differences and oddities to be found. You'll have to play and poke around for yourself! All future findings will be cataloged at The Cutting Room Floor, FYI. Anyone and everyone is invited to contribute.


A big, big thank you to the following people for getting this prototype out the door:

Writing and revising the reader code used to create a playable ROM dump of this prototype: skaman (of the arduino.cc forums)


Let me emphasize it took a tremendous amount of effort to get the prototype in a playable state. The Cx4 chip on the prototype EPROM was a bit different than the retail X3, if you recall. It required a specific flavor of hardware - a Super WildCard DX2 and an Arduino reader - to produce a playable dump. Procuring these devices wasn't easy (nor cheap) so we're truly thankful for everyone that's shown us patience.

Do enjoy!
Posted by Protodude at 4:25 PM