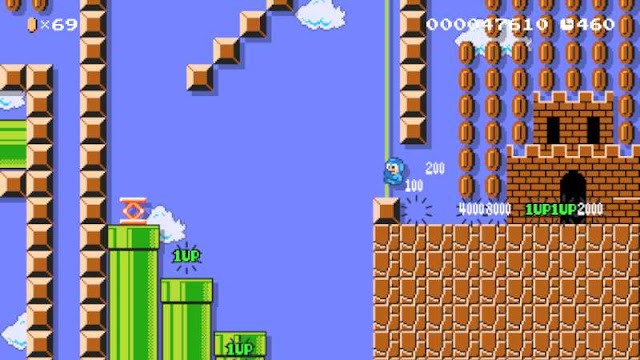 A new Super Mario Maker overview video has confirmed over 50 compatible Amiibo figures. Among the lot, the Blue Bomber himself. Tapping Mega Man or any of the 50+ Amiibo unlocks that character in the game's 8-bit Super Mario Bros. stages. Essentially, you can play Super Mario Bros. as Mega Man. UPDATE: Added a new image! Look! Mega Man clearing the goal flag pole!

No footage of Mega Man in action just yet. We'll probably have a better idea of what that looks like closer to the game's North American launch on September 11th.

Source: Nintendo Everything
Posted by Protodude at 7:53 PM