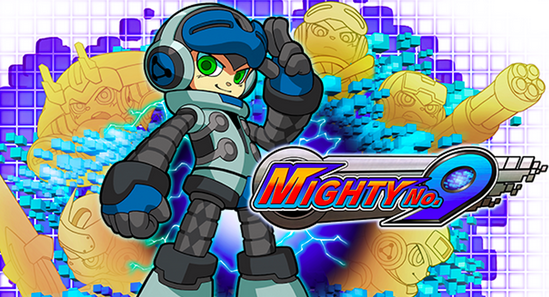 The reports were indeed true. Comcept today confirmed Mighty No. 9, both retail and digital, have been delayed to the first quarter of 2016. See the statement after the jump.

We have an important announcement to share with our backers.

Although we understand that everyone was looking forward to playing Mighty No. 9
as soon as possible, a release delay is going to be announced for the game at Gamescom 2015, which is
currently being held in Cologne, Germany.

This is a project that would not have existed without the support of our backers,
so we at least wanted to deliver this news to our backers before it is officially announced.

We are unable to confirm a final release date at this time, however we will be aiming for a release in Q1 2016.
Once a solid release date is set, we will announce it immediately to our backers and fans.

Of course, it is important to explain why exactly the game is being delayed.
As we have communicated in the updates to our backers, all of the core content for the game is developed and in a complete state.
However, there are still bugs and issues pertaining to the online features that are included in the game. These bugs and issues
have a direct affect on enjoyment of the game, so a decision was made to work these issues out before release.

Currently, comcept and their partners are working at full capacity to resolve these issues
and fix any remaining bugs.

In addition, we have received quite a few requests for additional information
regarding the various platforms that are part of the platform survey we have sent out.

We have also only managed to receive around half of the total responses needed for the survey.

Considering the fact that the game’s release has been delayed, we are planning to
open another platform survey once a final release date has been settled upon.

We will continue to deliver the most up-to-date info to our backers and fans
through our forum updates, so please keep an eye out!

We appreciate your support and patience regarding this matter, and look
forward to delivering Mighty No. 9 to our backers and fans in the best state possible

As I know, some members have been disappointed regarding the silence on the MN9 forums, and I apologize that I haven't been around to help clear up some of the confusion. As some of you may have noticed, I was helping with the running of the Red Ash KS as AP so a lot of my time was taken up with that.

I know that a lot of backers have some apprehension about the fact that there was silence leading up to this announcement among a lot of rumors.

The reason why we are only talking about this now, is that Inafune-san felt it was important for fans to hear the message directly from him as he is the project lead and he feels responsible for the delay.

Gamescom 2015 was an opportunity to not only do that, but also give official word to the media so as to try to cut down on any miscommunication or misunderstandings.

Unfortunately, there were a few mixups that caused rumors to start spreading.

We are truly sorry for the inconvenience caused.

The tl;dr version: delayed for additional quality assurance (online modes) and only 50% of backers answered the console survey.

For those keeping track, this is the game's second delay. Originally slated for April 2015, Comcept bumped it to September.

Not much else to say than that. Pretty disappointing on all fronts.
Posted by Protodude at 10:49 AM