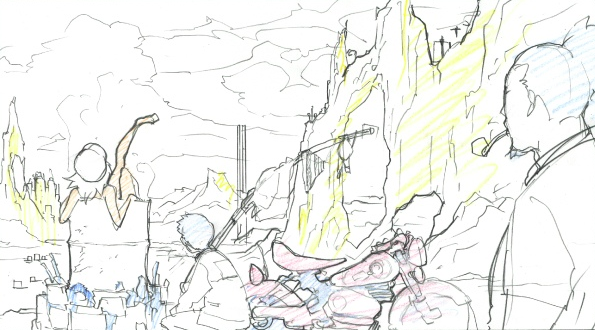 Aaaaand done. Red Ash: The Indeible Legend failed to reach its $800,000 goal, peaking at just $519,999 from backers. Nevertheless the game will be made but without additional content offered in stretch goals. On the contrary, the anime's campaign was a success. Red Ash -Magiciada- by Studio 4℃ succeeded its initial goal with a grand total of $162,882 from backers. The animated short will run 18 minutes in length.

So in the end, the better managed Kickstarter succeeded. The takeaway from this? Don't rush your campaign.

Not all Kickstarters have a happy ending. A well planned out, timely produced campaign lasts and hopefully succeeds. A bad one not only fails but becomes an example of how not to fail. The Indelible Legend will be held in this regard, for better or worse.

What a journey.
Posted by Protodude at 2:11 PM