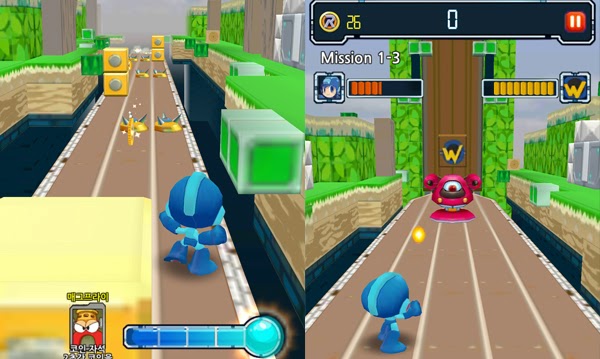 Only a few days into 2015 and we already have ourselves a new Mega Man game. Sort of.

Rockman Go Go is an officially-licensed title developed for Android by South Korean studio Jenoi. It's available now from the Korean Android Market. Hit the jump below for gameplay.


Be on the lookout for lots of recycled Powered Up assets:

According to Sports Chosun, Rockman Go Go is the result of a collaboration between Jenoi and Capcom. Jenoi was in the process of porting Capcom's iOS titles to Android when Capcom asked them to develop a Mega Man game for for Korean audiences. Lo and behold, it's Rockman Go Go.

No word on an international release at the moment. If you have the means to do so, you can download it here. Alternatively, there's Naver.

Source: Kotaku
Posted by Protodude at 7:57 AM