In an effort to broaden their reach in the West, Inti Creates, developers behind various Mega Man games, Azure Striker Gunvolt and more, have opened an English website and Facebook. Light on content at the moment, both pages intend to act as a central hub for all things Inti - past, present and future.

English-friendly social media profiles is just the beginning, though. After the break, Matt Papa (Inti Create's International Affairs Coordinator) discusses how they will further establish a firm, lasting connection with fans across the West. It's something the company has been meaning to do for a long time. 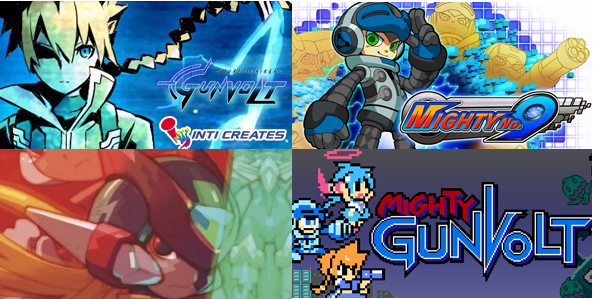 "Ever since the games we worked on began gaining popularity overseas back in 2002 with the release of Mega Man Zero, we have always been grateful for the support from our fans around the world. For a long time, we were working solely in the backstage. Sure, we released many games, but at the end of the day, the publishers are the ones that people remember 99% percent of the time. That's the way it is, and honestly, as the publisher, that's the way it should be.

About a year ago, with the success of the Mighty No.9 Kickstarter, being the developer of this game that was receiving so much attention, especially considering so much of that attention was coming from outside of Japan, you had a lot of people asking "Hey, who are these Inti Creates guys?" You couple this the fact that back in August, we realized our very first self published game in our 18 years as a company with Azure Striker Gunvolt, and within the span of a year, our role in the gaming world was completely redefined. Inti Creates has its bases covered in Japan, but as for overseas, working on these projects showed us just how important it was to establish a firm, lasting connection with our overseas fans. It is something that as a company, we always wanted to do.

That's where I come in. As someone who was born and raised in the US, and a life long game fan, I knew just how dedicated and passionate the fans here are. Heck, I was, and still am, one of those people. As our role continues to evolve and our presence as a worldwide game company continues to grow, we are going to do whatever we can to be as accessible as possible to our fans outside of Japan. It's going to be quite a journey for us, and we look forward to going on this ride right alongside our fans."