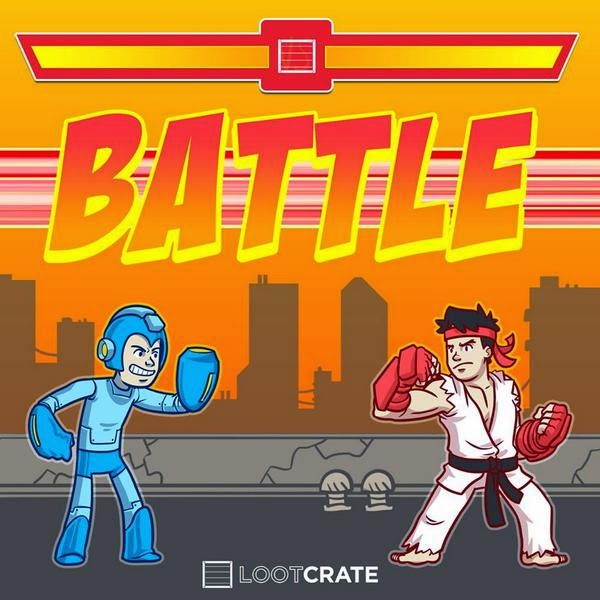 Loot Crate is a monthly subscription box for fans of all things video games, comics and popular culture. There's a plethora of goodies inside, a new selection each month. According the Loot Crate Twitter, the November box will include an exclusive Mega Man item. It could be anything. A figure, DVD, t-shirt -- anything. You won't be able to find it anywhere else.

Exclusives aren't typically revealed until the box arrives on doorsteps (the 20th of each month). The only real clue we have to go by is this month's theme, "battle." The image promoting the new crate is Mega Man preparing to face off against Ryu.

To learn more about Loot Crate, hit up the official site here. Use the code "BATTLE" to shave $3 off your subscription!
Posted by Protodude at 3:14 PM