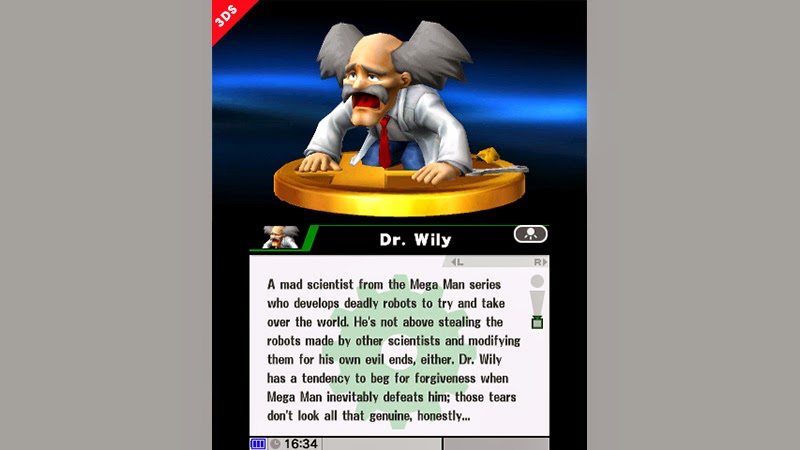 "Pic of the day. Here's the trophy gallery for the 3DS version. You can rotate the trophies by drawing circles on the bottom screen. Super Smash Bros. Brawl had tons of trophies, but rumor has it that the 3DS version alone may have more than Brawl. Looks like the Dr. Wily that we made from scratch for the 3DS version is on his knees in disbelief."


Sakurai adds it's also possible to purchase trophies with in-game currency; an option good for players having trouble obtaining certain trophies. And hey, they even go on sale sometimes too!

Source: Director's Room
Posted by Protodude at 1:21 AM