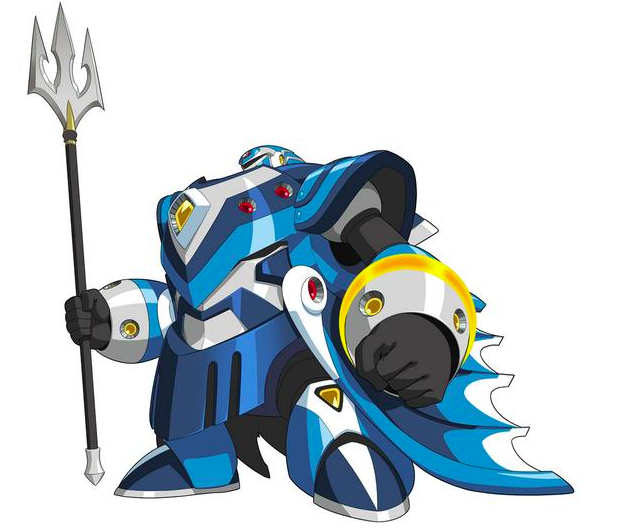 The ascent up Rockman Xover's Battle Tower just got a little more sinister. Awaiting players this month is the second of Nero's lackeys, Blu D. Just like Rosso M before him, Blu D is an original character exclusive to Xover. Whereas Rosso M was based on a phoenix, Blu D is presumed to be a tortoise. A tortoise wielding a big 'ol trident. He's pretty neat looking, actually. And look; fan-art.

With two guardians remaining, I think it's safe to say Capcom's going for an elemental thing here. Going be these silhouettes, one is assuredly electric-based. The other... maybe earth/wood? We'll find out soon enough.