Super Smash Bros. Pic of the Day is One Big Tease 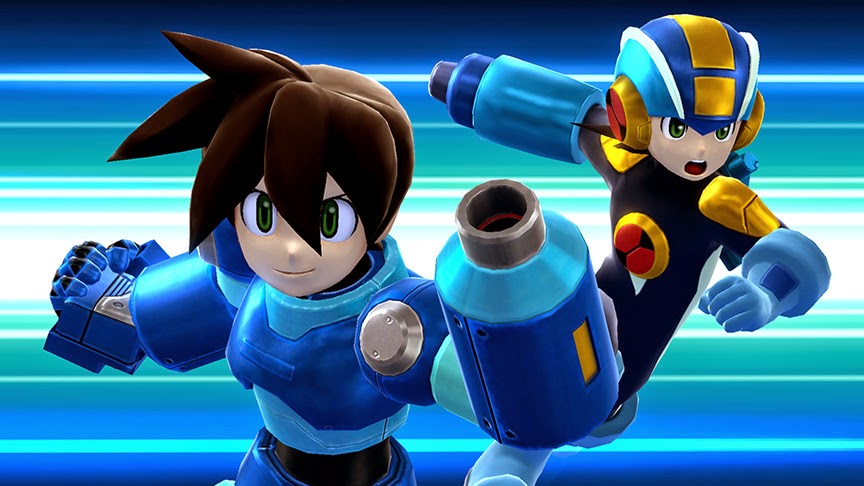 Shared on the official Super Smash Bros. Miiverse, Masahiro Sakurai posted this great closeup of Mega Man's Final Smash. He writes, "Mega Man.EXE and Mega Man Volnutt!! They only appear for a split second, but the modeling is so detailed. And if that’s the case…!"

This caption quickly fueled hopes that Sakurai was about to announce alternate Mega Man costumes based on his four iterations, like Volnutt and .EXE. Unfortunately, though, that was not the case. See what it really means after the jump! 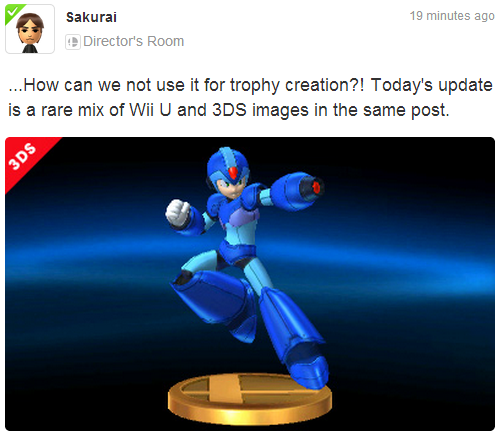