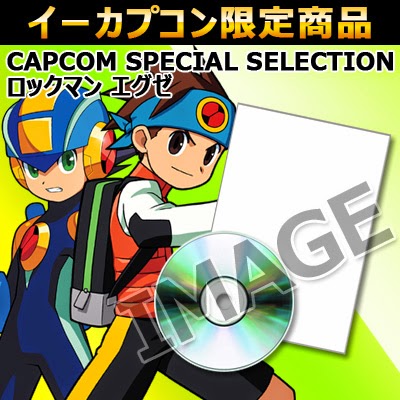 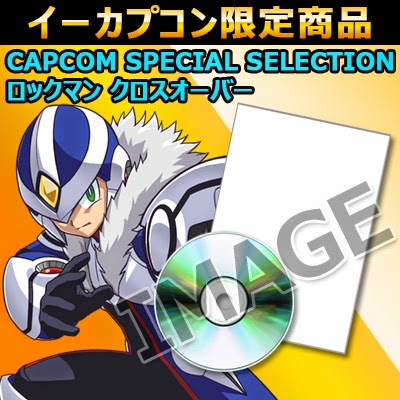 Later this fall, the original Rockman EXE and Rockman Xover are getting the "Capcom Special Selection" treatment. These are official 32-page art books bundled with mini soundtracks, going for 1,852 Yen a piece. As one may recall, Rockman DASH 2 received a similar package in 2009.

The e-Capcom description for the Rockman EXE set suggests new and never-before-seen concept art appearing in the art book. The CD will contain select tracks from EXE1 and an arranged version of "Theme of EXE" from Operate Shooting Star.

Meanwhile, the Xover set contains artwork for content not currently available to players, such as OVER-10 and Giallo. Music-wise, it's pretty much everything from the game. This is the first time Xover's soundtrack has been publicly released.

Both sets are due September 25th, exclusively through e-Capcom.

Thanks to MidniteW for the heads up.
Posted by Protodude at 11:16 PM