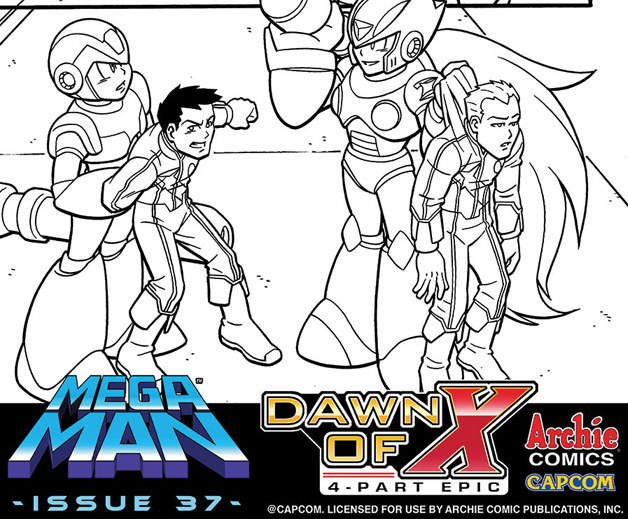 Heads-up! Comics Alliance has posted a preview for Mega Man #37. It's a little different from the usual samples: no color, all line art. It's by no means a large preview, but it does provide us one major curiosity: a panel depicting X and Zero apprehending a pair of humans.

Who are they? Why are Maverick Hunters laying down the law on humans? Well, speculation says they're Emerald Spears members. The anti-robot/human supremacist group appears to be alive and kicking in 21XX, possibility due to the influence of Xander Payne's time travel shenanigans. It should be interesting to see how this plays out.

For all the action, swing over to Comics Alliance.

Thanks for the tip, Mike.
Posted by Protodude at 9:33 PM