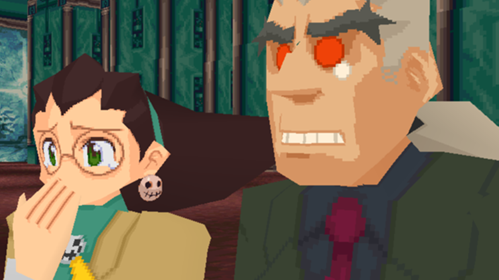 US Gamer had the chance to catch up with the "father of Mega Man" himself, Keiji Inafune at GDC. Among topics discussed, he expressed further interest in developing Mega Man Legends 3.

Prompted about the possibility of producing a Legends-inspired title at his new company, Comcept, Inafune said:

"If somebody asked, even right now, what's the game you want to create most? It's still Legends 3," he muses. "I put so much effort into that game, so much passion into that game, but it didn't happen. It's always a regret in my mind. Even now…"

"We all know that's not going to happen, though, as long as Capcom holds the IP. But if they asked me to make that game, I could still gather most of the original team, even right now. Some of them have quit Capcom, some of them are still at Capcom, but I believe that team would be passionate enough to come back together and create that game. So…we'll see what's going to happen. You never know. "

"Let's say that, if we have all seven Dragon Balls right here, right now, and Shen Long comes up and says, 'What's your wish?' My wish would be, give me all the right tools, people, and environment to create Legends 3."


Head over to US Gamer for the full interview.... and quickly, someone get this man a dragon radar!
Posted by Protodude at 5:37 PM