It's the wee morning hours of December 17th in Japan right now, so it's official: our beloved Mega Man / Rockman has turned 24-years-old. Hard to believe it's been really that long since A.K and Keiji Inafune first introduced us to the Blue Bomber. Time certainly flies, doesn't it? 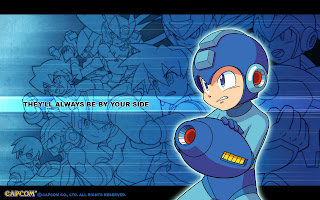 The year 2011 wasn't a particularly good one for the blue boy. Things started off just fine, yes; but within the span of four months, everything went kaput. Development of Mega Man Universe ceased in late March, followed by the inexplicable cancellation of Mega Man Legends 3 in July. The latter really struck a chord. But in its wake arose the most ambitious Mega Man fan-campaign yet, uniting fans across the world toward a common goal. “Get Me off the Moon” has since grown into a paragon of perseverance, and I sincerely hope their efforts will pay off.
But not all has been doom and gloom. From what has been an abysmal year for Mega Man games come the remarkable efforts on behalf of Archie Comics, UDON Entertainment, Kotobukiya and Bandai. These partners have done an admirable job at keeping Mega Man alive in their respective forms, be it comics or plastic. From comics and graphic novels to action figures and model kits, this was a tough year not to spend money!
The road ahead is... well, uncertain. I really wish more could be said about stuff to look forward to. Yeah, there will always be a steady flow of merchandise in the future. But the games? It's all up in the air right now. I cling to the hope that something worthwhile is in the works for the franchise's 25th anniversary. Something has to happen on that front.
All-in-all, this has definitely been a memorable year for all the wrong reasons. BUT, I am confident that things will straighten out. The Blue Bomber is too iconic a character and brand to disappear into thin air. And we, the fans, are too passionate to let that happen.

To better days ahead, my friends.
Posted by Protodude at 3:28 PM