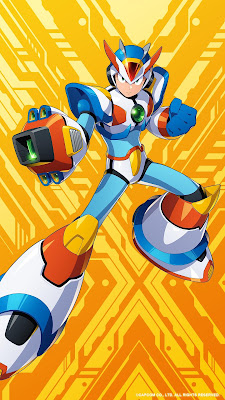 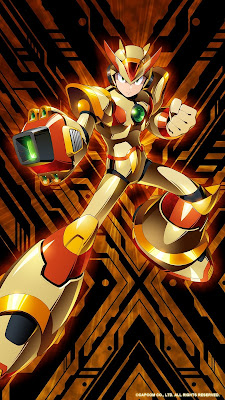 A new promotional image of the Max Armor model kit was released today as well (although the first two are old). These images will be used in promotional posters that will be distributed to stores around Japan. Have a look: 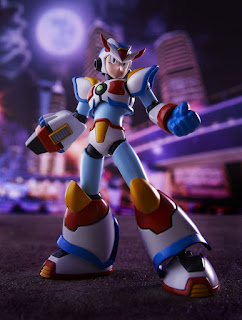 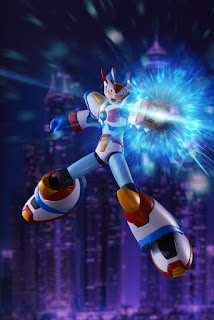 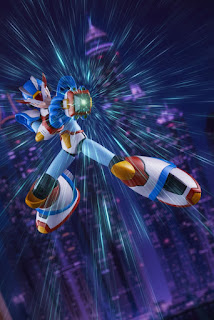 Kotobukiya was also keen to point out that they made a big effort in producing all of the different plastic colored parts that come inside the box. This way, you don't have to paint anything! Even those small parts that in other cases are left out in the most predominant color and you have to paint them yourself! 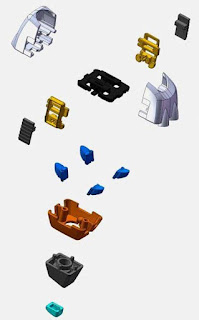 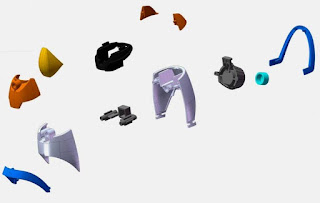 Finally, we have a clean view of the promotional materials for the Zero model kit that was shown this past week during the All Japan Model & Hobby Show. 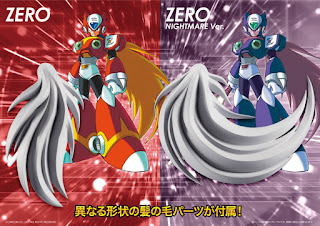 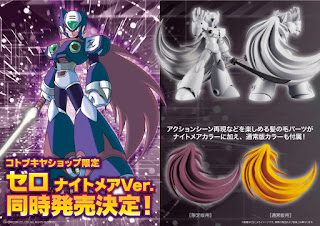 Not much new here that we didn't report earlier. The Nightmare Version will be exclusive to the Kotobukiya's Online Store and will come with a set of two hair pieces: Nightmare color and the regular blonde color. Interestingly enough, the Kotobukiya's blog post didn't mention the release date or when the preorders will start. However, last week at the All Japan Model Hobby Show, they had this on display: 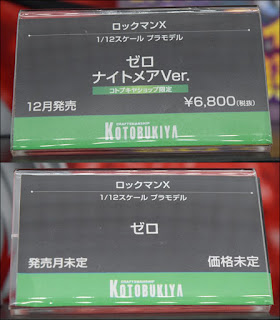 The first sign is for the Zero Nightmare Version. It says the release date is set for December and the price is 6,800 yen. The second sign is for the Regular Version and it says "release date undecided" and "price undecided". It's yet to be seen if this information is correct or not but, with the Max Armor Model Kits releasing in December, I think it suggest that pre-orders for the Zero Model Kits will begin in December as opposed to actually launching in December. We will keep you posted as soon as Kotobukiya clarifies this information.

So that's all for today! A fourth model kit... Is it finally time to get someone really new that isn't X or Zero? Axl? Sigma? Iris? Or perhaps it's just another version of Zero or another armor for X. Let us know what you think in the comments!
Posted by Reploid21XX at 9:07 PM