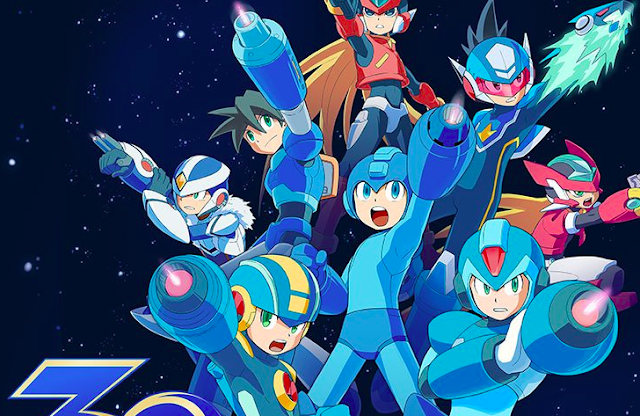 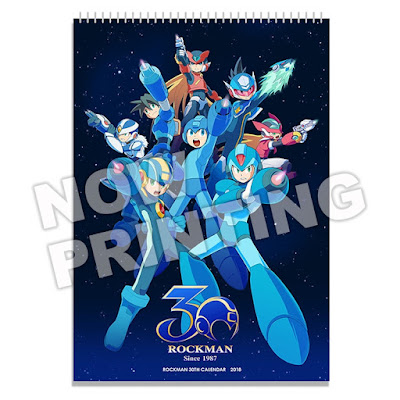 First up, the above art comes from a 30th anniversary calendar coming from e-Capcom. No hi-res version at the moment. I'll let you know if I find it. Moving on... 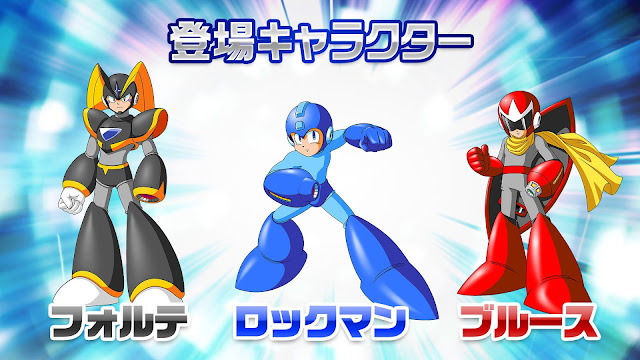 Rockman, Forte and Blues are headed to Super Robot Wars XΩ, a mobile RTS available on iOS and Android. Starting December 15th players can earn "Rockman tickets" which can be redeemed for SSR versions of Rockman units. Rockman and company will start appearing in the game on January 1st. 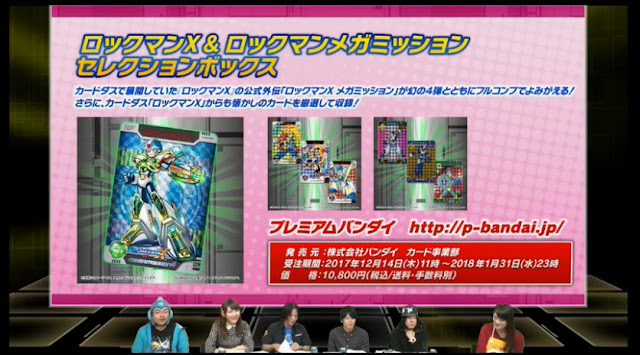 Rockman X Mega Mission 4 was officially announced. A follow-up to the popular 1993 Carddass series, new and old cards will be sold in a single box set later in 2018. Reservations will begin tomorrow via P-Bandai.jp. I'll keep an ear to the ground for import availability. 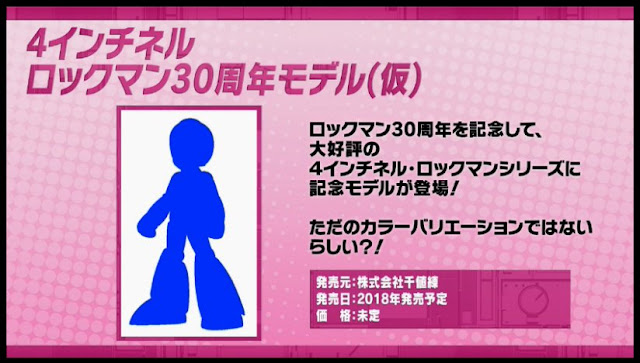 Sentinel will launch a 4-Inch Nel Rockman figure in 2018. No images at the moment; just this nice silhouette. It's heavily implied to be based on his Rockman 11 redesign.

To no one's surprise, a slew of misc. commemorative 30th anniversary goods were announced:

Last but not least, Capcom finally launched a wallpaper version of this RM11 promo art:


That's about it for now. 2018 really seems like the blue bomber's year! Many thanks to Reploid_21XX for the screengrabs!
Posted by Protodude at 8:56 AM