Your First Look at Nendoroid Zero 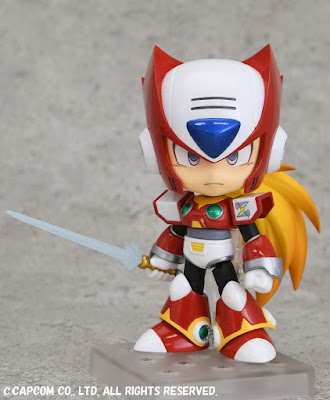 Swallowed up by yesterday's tantalizing 30th anniversary stuff, Good Smile officially revealed Nendoroid Zero at the Tokyo Comic Con. First teased some months ago, "Nendoroid Zero X2 Version" is painted and just about ready for retail. A release date has not been announced, though it shouldn't be too far off.

Source: Good Smile Co.
Posted by Protodude at 9:58 AM