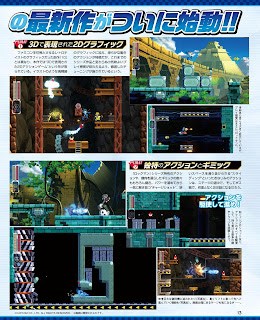 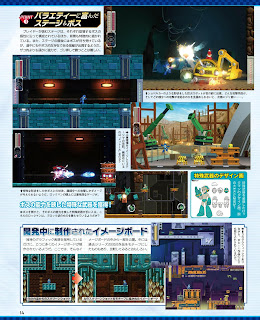 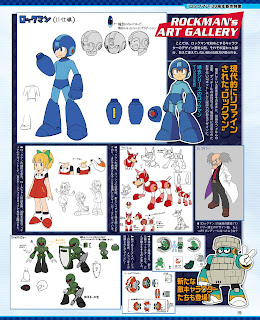 This week's Famitsu includes a meaty Rockman 11 preview. While there's no new details to be found, this issue brings us a nice batch of clean concept art. We've got a really good look at Dr. Wily (who's looking fly with that black shirt/red tie combo), Rush, Sniper Joe and more. I would like to point out a new enemy that shows up in one of the conceptual screenshots illustrated by Yuji Ishihara. It looks like a new Mettaur variant with a pointy nose. It might be a drill? It's a little too early to say if these guys will show up in the final game, though.

Other than that, Famitsu's coverage includes a couple new screenshots too, though most of them already showed up in the latest Game Informer.

Source: Nintendo Everything
Posted by Protodude at 1:24 PM