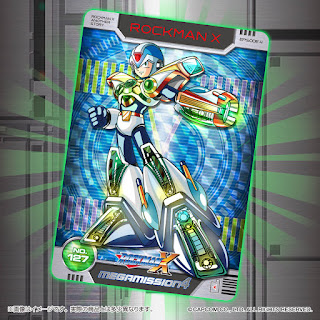 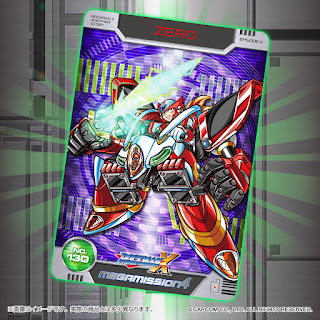 
Rockman X & Rockman X Mega Mission Selection Box will be sold exclusively through Premium Bandai. Though some Premium Bandai items are available to ship internationally, that doesn't seem to be an option for this set right now. I'll let you know if anything changes.

In the meantime, I'm working on getting an accurate translation of the general plot/character information posted here. From what I've gathered so far, it appears iX is back alongside a pair of new cronies: Himmel (a Reploid that rules the skies) and Berg (a Reploid that controls the land). To combat this new threat, X dons a new armor called the "GrowUp" armor. Yes, that's the name they're going with.

Lastly, X and Zero will be mounting a new Ride Chaser dubbed the "Gazelle". This puppy can transform from a Ride Chaser to a Ride Armor on the fly, significantly boosting X and Zero's strength and mobility. Bandai actually planned to produce the Gazelle as a real accessory in 1996. A prototype of the unreleased Gazelle can be seen in the link above. Unfortunately there are no plans to revive it.

More news and updates on this front soon. Stay tuned! (thank to Sensei Hanzo, Reploid_21XX and #20 for the info)
Posted by Protodude at 10:45 PM