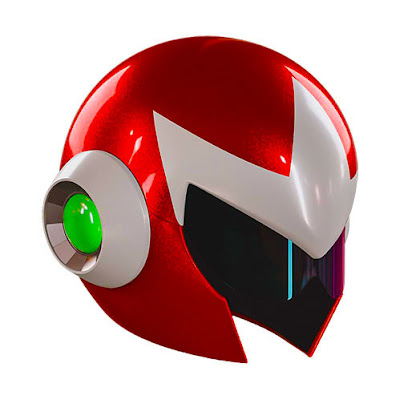 
According to an invoice from the Capcom Store, the helmet is officially cancelled. Anyone who pre-ordered the helmet directly from Capcom should have, or will soon receive the following message:

Capcom cites "manufacturing issues" for the reason behind cancellation. It's an unfortunate situation, one further soured by the impending holidays. Let's be real, the helmet would have made a great gift for your local Proto Man fans.

I initially hoped the cancellation was limited to just the Capcom Store, but Entertainment Earth's orders have followed suit. If I hear anything else, I'll let you know.

Thanks to AWD for the tip!
Posted by Protodude at 8:50 PM