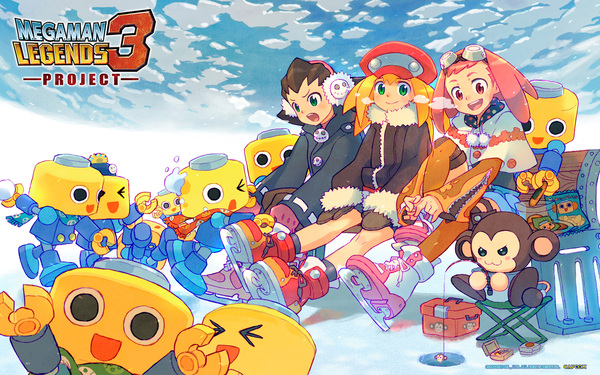 In a recent press release, Capcom expressed great interest in reviving dormant intellectual properties, i.e developing new games for series that have not had new entries in a while. In response to this promising prospect, GameSpark polled their readers on which Capcom IP they'd like to see revived. Mega Man Legends topped the poll with over 200 votes. The hopes for Mega Man Legends 3 are certainly not dead overseas.

Second to a new Mega Man Legends, 150 GameSpark readers said they'd like to see a new Battle Network followed by a hundred votes for a new Mega Man X. A new classic series entry landed at #6 with fifty votes, and a new Star Force at #10 with a little less than 50 votes.

It's worth mentioning this is not an officially sanctioned poll, but it's interesting to see where the mindset is for our friends across the pond.

Source: GameSpark (thanks for the tip, Mackenzie!)
Posted by Protodude at 9:15 AM