Here's All the Stuff That Comes with the Mega Man.EXE Nendoroid 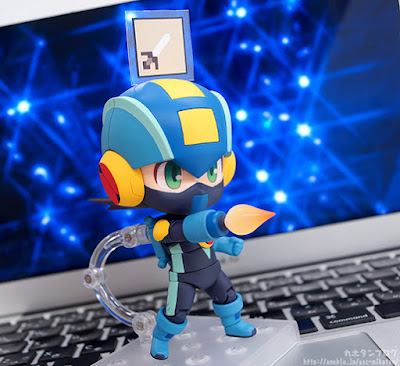 You've seen the Mega Man.EXE Nendoroid, now check out all the little bells and whistles it comes with! 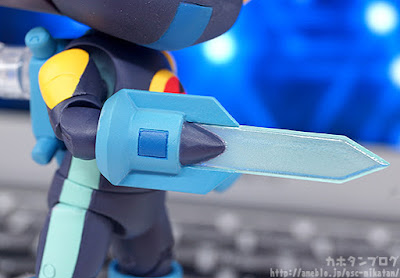 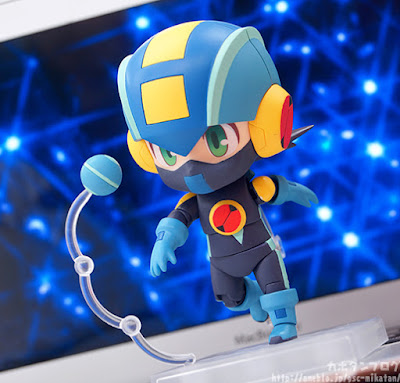 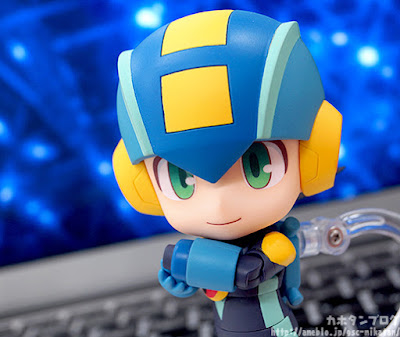 In addition to the combat faceplate, Mega Man.EXE ships with a Mega Buster shooting effect part and a pair of Battle Chip weapons, Sword and Bomb. There's even an itty-bitty Sword Chip icon that can be placed on his head!

If you choose to pre-order the figure directly through Good Smile Company, you'll be treated to an exclusive Battlefield Nendoroid Base! My memory may be a little fuzzy but I think it's based off of Battle Network 1's battlefield panels. In any case, it'll make a nice addition to your collection.

For more images and details, head to Good Smile Company!
Posted by Protodude at 3:19 PM