Rumor: Game Based on New Mega Man Cartoon in Development 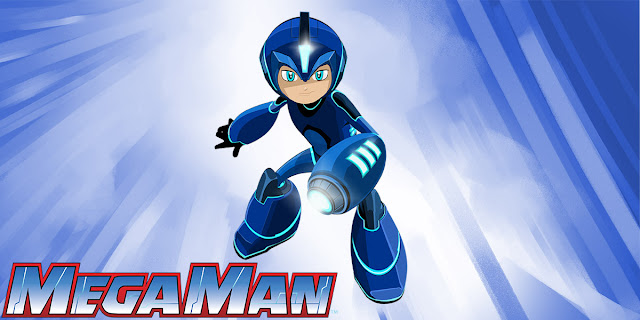 The Mega Man Network brings us a doozy of a rumor today, one not entirely out of the realm of possibility. According to an anonymous but close source, a game based on Man of Action's 2017 Mega Man cartoon is in under way. It will purportedly launch in "two forms": a main version developed by Capcom for home consoles, PC and PlayStation Vita and a "weaker" version for Nintendo 3DS and mobile. You can read the full details of the rumor here.

Personally, I'm a bit skeptical on this one...


Indeed, a game based on the cartoon is one of many possible forms the show will conceive during its run next year - this we know. But the number of SKUs it will reportedly appear on doesn't feel quite right. By the time the show will air - now largely speculated to be closer to December 2017 - support for Wii U (and maybe even Vita) will have dried up. Capcom hasn't fully supported the Wii U since 2013's DuckTales port, mind you. The company even passed up the opportunity for a Mega Man Legacy Collection port. That says a lot right there.

The names of the baddies are another topic of interest. According to the rumor, the game (and maybe the cartoon) will forgo the "-Man" Robot Master designation in favor of musical names such as "Flare Symphony," "Frostbite Sonata," and "Saber Waltz." It's an interesting idea, however, it does not align with those preliminary notes I've got.

For the uninitiated, these notes date back to 2015 when the show was first conceptualized by Man of Action before being Capcom approval. Here, Mega Man was described as a middle to high school aged Robot living a dual life - one as a student, the other as his alter-ego Mega Man. This was confirmed back in late May.

Anyway, these same notes do name drop familiar characters from Dr. Light and Roll, to Rush and Eddie. Robot Masters Fire Man and Ice Man are specifically mentioned, too, as antagonists. Point is, very early in the show's life Robot Masters were considered to make up the show's rogues gallery. I'm not ruling out the chance of "Flare Symphony" and his (or her?) ilk; just know "-Man" Robot Masters are part of those early show notes. To the rumor's favor, however, the very mysterious "Mega Mini" was *not* described anywhere. Things naturally change over the course of production.

All in all, I don't doubt a game based on this show is in development. I'm a little weary of the details of this specific rumor, though.
Posted by Protodude at 11:32 AM