Check Out the New Cover Art for Takamasaki's Rockman EXE 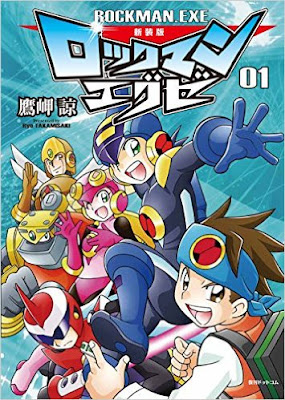 As previously reported, Ryo Takamasaki's celebrated Rockman EXE manga is seeing a reprint for the series' 15th anniversary. After much teasing on Twitter, Takamaski has finally revealed the new cover art for the first volume. The band's back together.

The first volume goes on sale this month exclusively from Fukkan for 1,944 Yen ($18). No plans have been announced for an international version.

Source: RT Works
Posted by Protodude at 11:42 AM