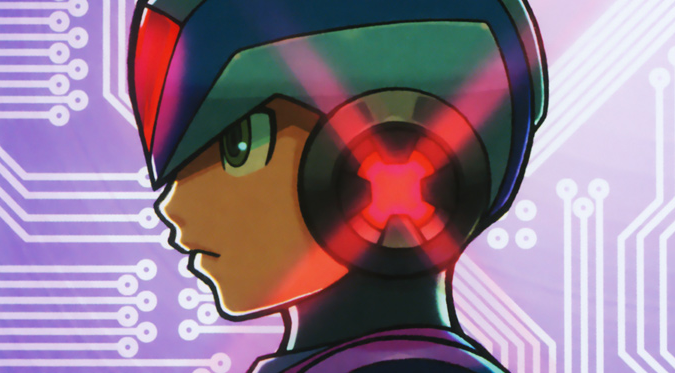 Today marks the tenth anniversary of Mega Man X8, which first released in North America on December 7th, 2004. A decade later, fans are still waiting for a successor.


Much like Mega Man Legends 2, X8 ended on a bit of a cliffhanger. X, Zero and Axl successfully vanquished Sigma (purportedly for good) and defeated the aberrant next generation Reploid Lumine. Lumine's lifeless husk drew the curiosity of Axl -- to the young Reploid's surprise, a tentacle emerged from the corpse. The entity struck Axl's head, shattering his helmet crystal. The three Maverick Hunters descend to earth in the Orbital Elevator, though Axl remains unconscious. While X and Zero ponder their longevity, we're drawn to Axl's wound; the crater in his head shimmering purple. The seed of renewed evil had been sown.

X8 left us with the popular theory that Axl would play host to Lumine's consciousness. The secret "white Axl" armor leaves much to be desired. Whether or not we'll see this concept realized remains to be seen, but it's fun to imagine where the X series could have gone with a new big bad (under the presumption Sigma actually stays dead).

Had Axl been re-purposed into a villain, it was the hopes of many that X9 would return to a simpler form. Whereas X8's gameplay focused on three playable characters, X9 could have brought things back to two. X, the long ranger attacker, and Zero, the close combatant. Though X8 took strides to make Axl's play style unique and useful, he still felt unnecessary. In the grand scheme of things, truth be told, he added little to the combat narrative. For many, the prospect of X9 meant less to no Axl at all. It really was something to be excited about.

For now, though, Mega Man X9 remains a pipe dream. The last we heard from the possibility was back in 2009 following the launch of Mega Man 9:


1UP: Will we ever be lucky enough to get a Mega Man X9 — but with Super NES era graphics and music?

Hironobu Takeshita [MM9 producer]: It all depends on fans’ demand! We might see that day, as long as there is passion!

Mega Man X9 could've been on the burner at one point. A year after this comment was made, however, everything went to hell. Inafune left Capcom, Mega Man Universe was cancelled, followed by Legends 3, Rockman Online and, for better or worse, Maverick Hunter. And that's just the games we knew about.

All we can do today, ten years later, is continue to imagine. Wonder and ponder what hypothetical things awaited us in Mega Man X9. What would it have looked like? Crisp HD visuals or a 16-bit nostalgic romp? More Lucas Gilberston? (yes, please) Maybe a lead in to the events of the Elf Wars?

Take some time today to reflect. We'd love to hear what you want(ed) from X9.
Posted by Protodude at 6:19 PM