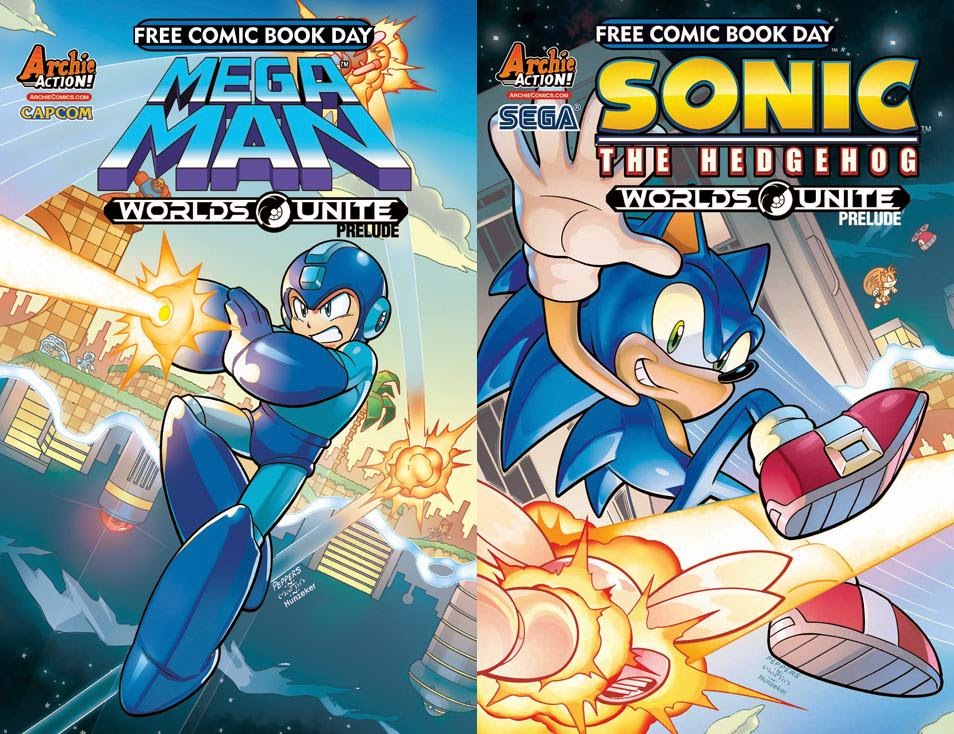 Coming in May, 2015, Archie Comics will be releasing a Free Comic Book Day prelude to Sonic and Mega Man: Worlds Unite. As per tradition, it's a flip book combining content from both the Mega Man and Sonic the Hedgehog series, acting as a primer for impending crossover event. Here's the solicitation:

"Worlds Unite: PRELUDE" - It's TWO free comic books in ONE! Just in time for the start of the ALL-NEW epic Sonic the Hedgehog and Mega Man crossover event, "Worlds Unite," comes a primer issue exclusively for Free Comic Book Day! The road to "Unite" began in the history-making "Worlds Collide" storyline, continued in 2013's "DAWN OF X" storyline, and once again our heroes must meet-Mega Man's journey chronicled on one side, and Sonic the Hedgehog's on the other! This is the must-have primer for the biggest comic book event of 2015-as two video game icons must come together... or risk dying alone! Featuring art from both Sonic and Mega Man comic book fame!