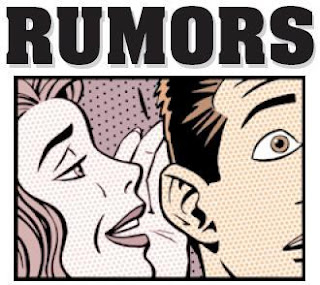 
-RnR3 will follow a Rockman EXE 3 pattern. There will be only ONE version. However, a second “special” version will be available at a later date. Like RnR2, the game comes packed with “two versions in one.”

-There will be multiple playable characters, seven to be exact. (Characters that appeared in the wallpaper?)

The method used to play as other characters will be one of the major aspects of the game. Each playable character has their own set of abilities and advantages/disadvantages. Rockman is the most “balanced” of the seven.


-The theme of the game is not “noise/sound”. Rather, “white noise”, the event of static disturbances within EM Waves. Anon suggests the enemies could be a new class of EM Viruses.

-Capcom will be stepping it up gameplay wise. Anon mentions RnR3 will be significantly different from the past two games. Battles are more action oriented and give the players “new freedom.”

-A customization system reminiscent to the EXE series' “Navi Customizer” will be a vital role to the gameplay. Everyone's Rockman will be unique, it's “impossible” to have the same abilities as someone else.

-Brother Band seems to be the same, however Brothers can share and trade the attributes that make their Rockman to be “unique.” The amount of online Brothers has been upped to eight.

-A new multiplayer mode will be available via a location similar to the Sky high Coliseum. Here, you can play a cooperative mini game with Brothers who are On Air. The mini game involves deleting a set of enemies, while at the same time, collecting points to determine who has the most at the end of the game. Several exclusive power ups and Battle Cards are given away as rewards.

-The unnamed new guy has an FM-ian of his very own. It's red.

-Overworld will look VERY different. (I was told to put an emphasis on 'very' ) Expect sprites to get a make over along with new “head shots” for the returning cast.

-In a homage to the EXE series, Rockman.EXE will appear as a secret boss, who upon defeat, will reward you with something “cool.”

-Wifi play will remain almost the same as it was in RnR2. Expect a tournament mode (up to eight players) and voice chat via the Mic or the DS headset.

-No specifics about Rockman's “transformations”, but Anon remarked that they will be very unique.

-First official details of RnR3 will appear at Wave Masters Spring on May '08.