"MegaMan Scramble Battle" Does Not Exist? 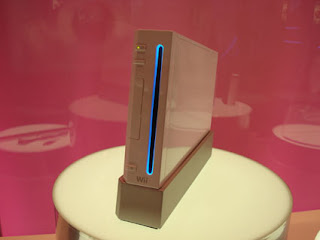 According to Capcom of America's staff, the title does not exist.

Sven, VP of strategic planning and Lost, forum admin, briefly mentioned on the Capcom BBS that the title does not exist nor have they ever heard of it before.

So, what's going on?

Attention was brought to"MMSB" when a supposed “leaked” retailer list went live on the net. The list showed an array of unannounced Capcom titles, including but not limited to MegaMan Scramble Battle.

It's possible the title might have ceased development or could have been pushed back to a later date, but, this is not the case. Capcom flat out denied its existence. However, I have my suspensions that Capcom is making a cover up.

Let's take a peek at the "leaked" list shall we?

Bionic Commando, Zack & Wiki's UK release, We Love Golf's US release, and Moto GP '08 and a few others.

It would appear that the list is legit, so there is a chance that MMSB does indeed exist, and Capcom is only denying it for the time being.

One thing is for sure; A Wii Rockman title has been in development.

-Capcom rep at the Rockman 20th Anniversary event confirmed the title was in development, no specifics.

-Inafune has expressed an interest of bringing the series to the Wii.

-It was announced one year ago that Inafune was working on a Wii title that has yet be be revealed. Possible a RM title


Until the day we actually get a press release concerning a Wii title of some sort, don't get your hopes up.
Posted by Protodude at 4:11 PM