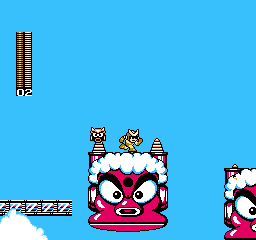 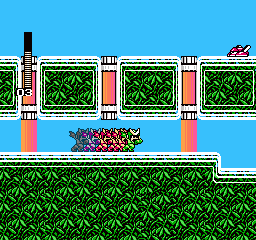 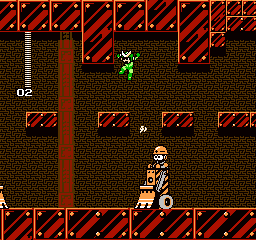 It should come as no surprise Mega Man fan games continue to thrive in the absence of official titles. Here's one such project. Quint's Revenge, brought to you by Sprites Inc., stars the titular Mega Man from the far future. The twist here, Dr. Light knew of Dr. Wily's trip through time to reprogram Mega Man. Now free from Wily's control, Mega Man, i.e Quint, sets out for revenge.

The game adheres closely to Mega Man 2 and 3 but moves at a much quicker pace. The whole game is built around Quint's seldom seen abilities, like Sonic Dash, ducking, and ledge grabbing. It's an interest twist of the tried-and-true NES formula. Though still in beta, the game spans fifteen stages (8 Robot Masters, an intro stage, 6 fortress stages).

If you like trying out Mega Man fan games, I definitely recommend it! I only sampled it a small bit so far, but I was really taken by the new elements. You can give it a spin here!
Posted by Protodude at 11:56 AM