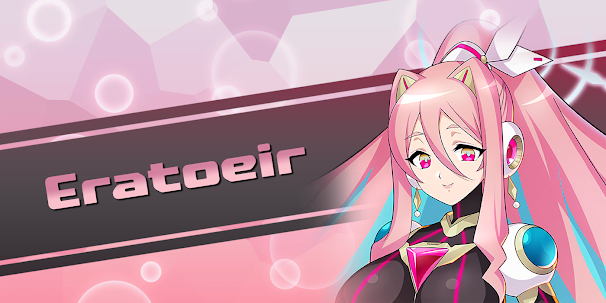 The day has finally come. Eratoeir, the third sibling, has stepped out of the shadows in time for Rockman X DiVE's latest story mode chapter.

Eratoeir was revealed at the end of chapter 18. It's similar to how Droitclar was unveiled during chapter 17.

At this point, it's no secret that the idea behind the three siblings was to make character that don't resemble the typical Rockman style. We can safely say they succeed... and this time they cranked it to the max.

Leaving Eratoeir aside, the chapter's dialogue heavily implies that ViA could become playable very soon. With the game's 2nd anniversary taking place in a few weeks, perhaps he's been chosen to join RiCO and iCO as the latest anniversary character?.