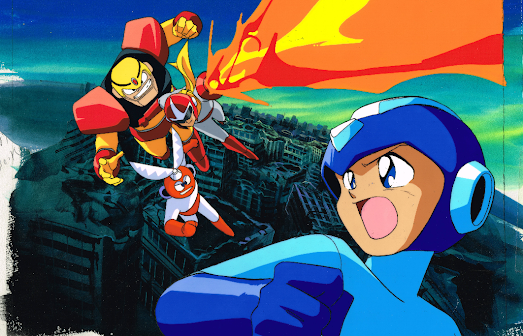 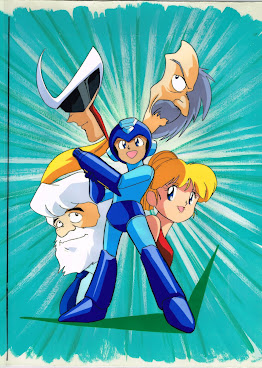 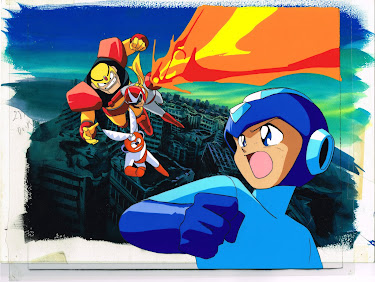 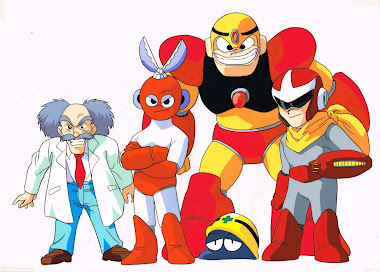 Acquiring these materials from this lost and previously-unknown anime project was a collaborative effort among myself, Rock Miyabi and max6464646464. What's more, there were dozens of fans who participated in the crowd fund initiative. Needless to say, maybe, but we're greatly humbled by everyone's passion and spirit to preserve Mega Man history. Good things happen when we work together!

Now, if you're just joining us and have no idea why these cels are so significant, here's the gist of it...

When we first came in contact with these materials, we speculated that they belonged to an early incarnation of the Ruby-Spears Mega Man cartoon. The focus on Guts Man, Cut Man and Proto Man as the primary villains, among other curious details, fueled the thought. We soon learned, though, that wasn't the case.

Nobuyoshi Habara, a decorated animation director and character designer, replied to one of my threads on Twitter and confirmed that he personally drew two of three cels. According to Habara, these pieces belonged to an unrealized 1992 Rockman TV anime project that was in development at Ashi Productions. Had it come to fruition, the show would have been the very first animated Mega Man adaptation.

Unfortunately, the project ceased development early on in the "planning phase". No actual animation of the project exists -- what you see is all that every was. For now, that is. (More on that in a moment). Habara said that, after the project stopped, Ashi Productions moved on to produce an unrelated short film about traffic safety for children. 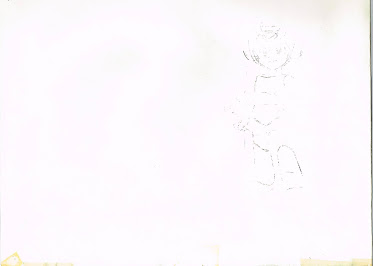 Now, after acquiring these materials, we were surprised to learn that one cel held a secret. Flip it over and boom --  a faded, Xerox copy of Mega Man's character model sheet. This, too, was a product of Habara.

Pretty neat, right? And I gotta say, we're pretty confident that there's even more materials related to this ill-fated project out there.

There's a lot more to see and learn from this fascinating project. And I assure you, this will not be the last you hear from it

Stay tuned and ... thank you ALL again!

Posted by Protodude at 9:43 PM