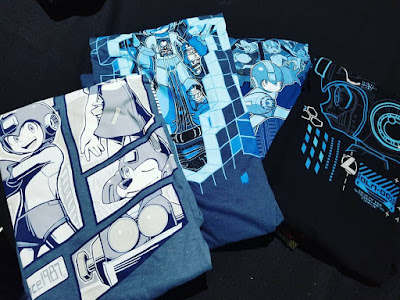 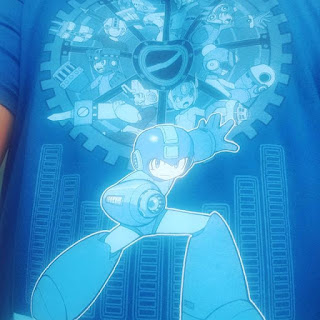 UPDATE: It turns out Ishihara-san isn't the illustrator. Rather, it's the handiwork of artists Omar Alvero, Lv01KOKUEN, and BerryVerrine.

Here's a little something interesting that flew under our radar. A couple weeks ago at Anime Expo, four officially-licensed Mega Man 11 t-shirts were up for grabs, each featuring brand-new artwork by character designer Yuji Ishihara. The shirts were produced by Eighty Sixty, makers of various video game-inspired goods.

Artwork on each shirt includes:


At the time of this writing, these four shirts remain AX-exclusives and are unavailable from Eighty Sixty's website. However, according to Eighty Sixty's Twitter account, there will be an "announcement soon". We'll keep an ear to the ground for updates. For now, which of these do you want most?

Thanks to bomberedx2 for the pics!
Posted by Protodude at 11:33 AM